When the CDB is executed, either via User Defined CDB or Build/Run Script, the appropriate action will take place.

The following are added to the User Defined CDB dialog-

2. Save Data to File

Checking Ignore Data (the default setting) will issue the CDB and do nothing with the data from the DATA PHASE.

Save Data to File

The Save Data to File option will issue the CDB and then save the data from a DATA IN phase to the file specified in the File Name field after the CDB is issued. The number of bytes of data saved is equal to the value set in the User Defined CDB dialog Transfer Length field. Data is stored in pure binary format.

In this example we have defined a 6-Byte INQUIRY CDB, choosing to save the DATA IN data to the file named MyInqData.bin. Note that we have checked the Incr File Name box. Now if we set the CDB Repeat Count to >1 each time the data is saved the file name will be incremented.

If we set Repeat Count to 3 we would end up with 3 data files – MyInqData.bin, MyInqData0.bin, & MyInqData2.bin. 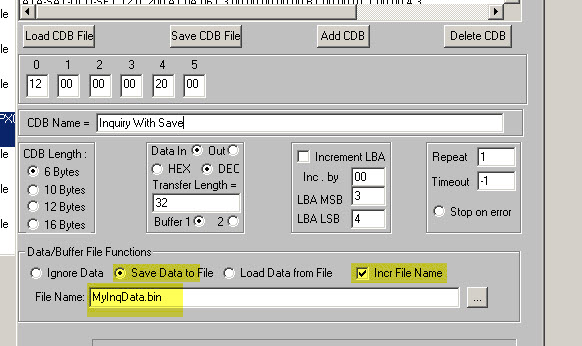 Notes – the data to be saved will be taken from the selected Buffer (Buffer1 or Buffer 2).

In this example we take the data that we previously saved and load it into Buffer 2. Then the CDB is issued, in this case a WRITE-6 writing 512 bytes from Buffer 2 to LBA 0. 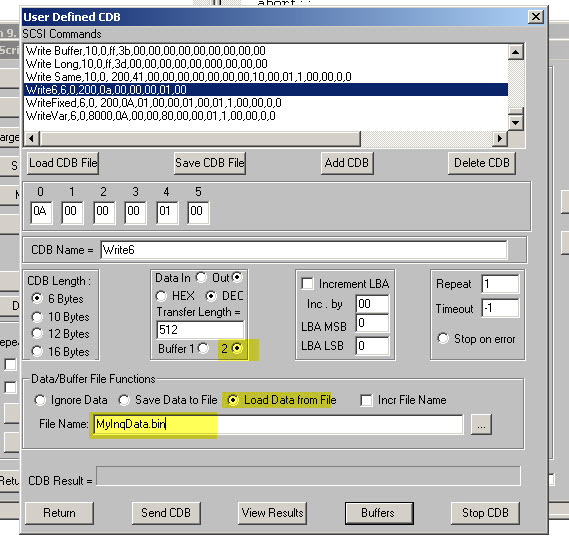 In this example we define a script with two steps

2. Issue a WRITE CDB, loading the DATA OUT data from the file MyInqData.bin into Buffer 2

Here is our CDB definition: 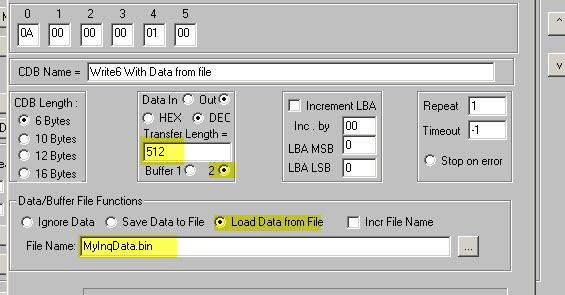 And here is how the Build/Run Script dialog looks – 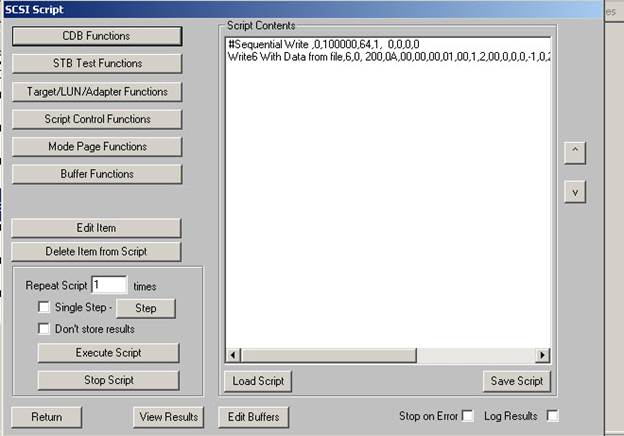 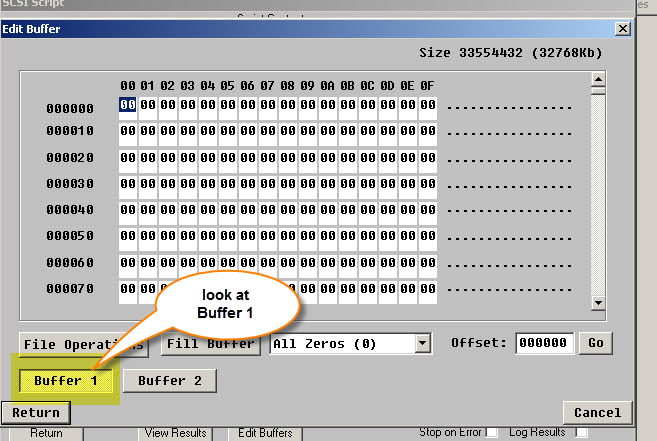 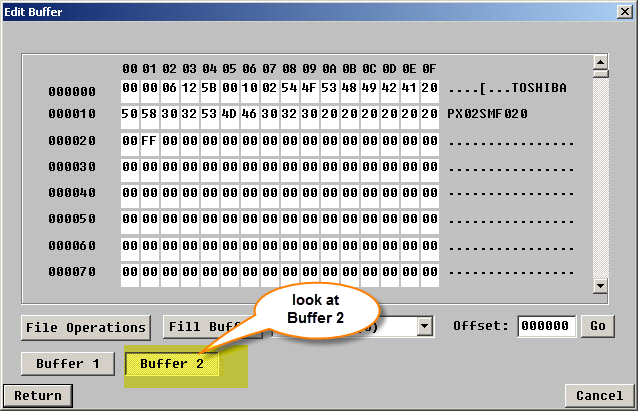 These new file functions give the user full control for specifying a data file to be used to send data in a DATA OUT phase, and to save data which comes in from the drive in a DATA IN phase to a file.

By using Buffer 1 and Buffer 2 when defining your CDBs you can prevent data from one operation (test or CDB) from interfering with data used in another CDB.

In our example our write data from the sequential test was using Buffer 1, while our WRITE CDB got its data from a file and placed it in Buffer 2.

1. Data is saved and loaded in a binary format. This is the same format used in the STB Suite Buffer->File Operations->Binary Save to File binary format.

2. you can view data files created with the Save Data to File option by using the STB Suite Buffer->File Operations->Load Buffer From File (Binary format) function. Browse to the file name, double-click on your file. The correct number of bytes will be read into the currently specified Buffer.