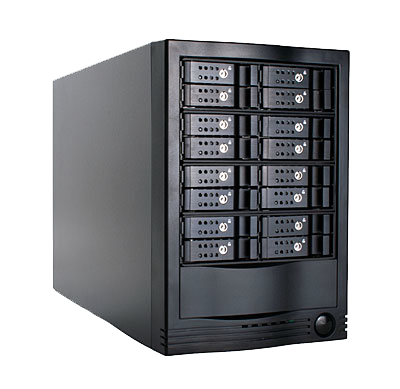 This is a review of the PC-PitStop 16-bay 2.5: SAS/SATA Table-top drive enclosure

As the name suggests this is a stand-alone disk drive enclosure which can house up to 16 2.5” SAS or SATA disk drives.

This enclosure does not have a SAS expander. Instead, each group of four drives connects directly to your HBA via a four-port SFF-8088 mini-SAS connector. The connections and internal backplanes are rated to 6Gb/s. Of course you will need the appropriate cables to match these four-port connectors to the four-port connectors on your HBA.

Cables of various configurations and lengths are also available from PC PitStop.

This arrangement allows each individual drive to connect to its own SAS port on the test systems HBA, which permits each drive to run at its full rated transfer rate.

On the other hand, the upside is the cost of the enclosure is much less than one with an expander, and the one-drive-to-one-HBA-port arrangement usually provides the highest speed performance while testing. 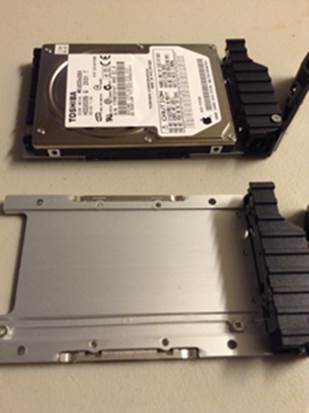 The trays slide in easily and have a locking lever to do the final connector orientation and seating. In our testing the drives seated solidly with no jiggling needed.

Each tray has LED power and activity indicators.

Drive power is delivered by a 350W power supply.

Cooling is done in two stages –

First, each bank of four drives has two fans  – here is a picture of the inside of the enclosure showing the four four-drive banks, each with two cooling fans – 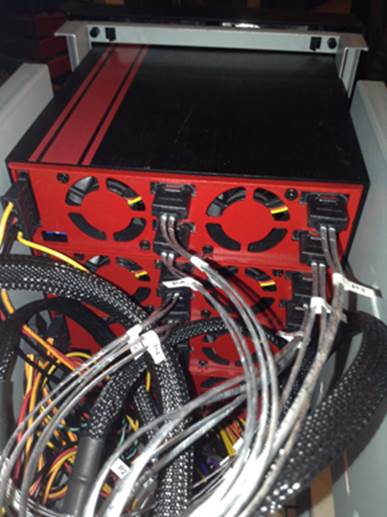 Second, two large fans exhaust the air from inside the enclosure (top) and from the power supply (bottom) – 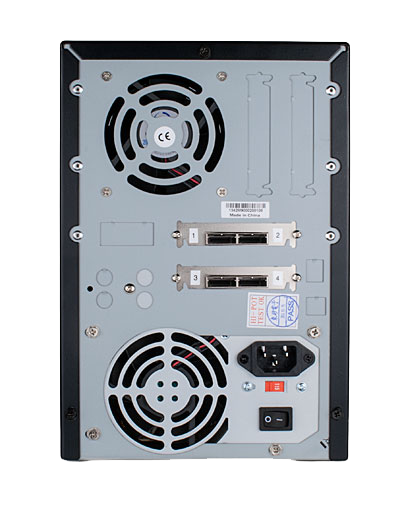 The fans are very quiet and do an excellent job of keeping all 16 drives cool.

The enclosure has a one year warranty and costs $499.00 direct from PC PitStop.

When you contact them ask for Paul and tell him that STB sent you.